Extinction refers to a process of disappearance of a certain plant or animal specie, and is usually caused by the specie’s failure to compete with other species. In most instances, the extinction of a certain species is characterized by its gradual disappearance in one place, until it is completely vanished from the Earth.

The common idea about the extinction of a species is that it is caused by its failure to compete with other species, and this is based on the historical progression of extinction as manifested by the process of natural selection. However, Raup (1995) noted that rather than the process of natural selection, the modern day extinction of species can be attributed to other forms of stresses such as environmental shock. This is validated by a recent United Nations report which claims that the rate of extinction associated with human activities on “both plants and animals at present is hundreds of times higher than the natural rate in the past…” (Arora, 2018). One example of an animal species that went extinct recently is the Javan tiger, which became extinct in the 1970s because of hunting and loss of its habitat. Consequently, an increased awareness about the concept of extinction and its modern-day causes translates to gaining an understanding about the sustenance of biodiversity and the ecosystem.

Plant and animal extinction can have a detrimental impact on the ecological system, specifically disrupting the natural ecosystem. The reason for this is that the extinction of one specie is likely to result in the extinction of the other members of the ecosystem. According to Tillman and Lehman (2001) loss of diversity can accelerate species extinction and this can have a damaging impact on the natural functioning of the ecosystem. An example of a disruption of the ecosystem is the depletion of the coral reefs, which is likely to cause the extinction of certain water species. The complete destruction of the coral reefs translates to destroying the natural habitat of certain sea plants and animals, thus the threat towards their extinction. This can also have a detrimental impact on humans, who will eventually bear the impact of this form of environmental destruction. Extinction is highly associated with the challenge of achieving environmental sustainability, making it harder to achieve. It is noted that despite the global policies on sustainability, the global environment has only deteriorated in recent years (Howes et al, 2017). Nevertheless, the concept of extinction and the threat it can have on the global ecosystem serves as an incentive to develop measures and policies to address the issue of environmental sustainability. An example of this measure includes determining the loopholes of environmental guidelines and ensure the implementation of innovative and effective policies in the future. 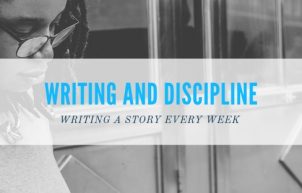 As a writer, you may know that there is no better way to improve your writing skills than to learn 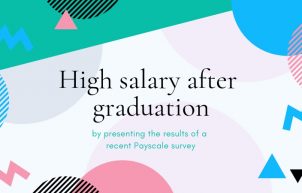 Are you one of those who think that only studying at elite college will ensure your high salary after graduation?