Very often studying is associated with doing tedious scholarly tasks, working on numerous essays and having not much fun. However, if to talk about going to elite prep school, pupils are starting to change their mind. Let’s check the list of exclusive preparatory schools that many students would love to study at.


Schools that we would like to list are the elite ones. They are in demand, as, first of all, they give great knowledge. A chance of entering a prestigious college after graduating from such school is higher and very often students at such establishments are children of celebrities, important political figures, royalty and business moguls. Also, students get a unique opportunity to study along with really bright minds that might change the history of a mankind one day. These schools are full of history and can boast with their famous alumni who later entered such famous universities as Yale, Harvard, and Stanford.

Undoubtedly, Phillips Exeter Academy is one of the most prestigious prep schools in the USA. It was founded in 1781 and it is proud of its largest secondary school library in the world. It has nine levels and a volume of 160,000 students. As for alumni of the Academy, the list includes Presidents of the USA, members of the Congress, famous writers, celebrities, and businessmen. No wonder so many pupils would love to study at this school. Such famous people like Mark Zuckerberg, John Irving and some members of the Rockefeller family were alumni of this school.

As we mentioned, John Phillips founded Exeter Academy in 1781; however, his nephew, Samuel Phillips Jr., founded Phillips Academy Andover slightly earlier – 3 years before that. Both schools can boast with the quality of knowledge that they give to their students as well as with the sense of privilege of studying there. At some point, there even was a rivalry between those two establishments. Phillips Academy Andover selects only about 13% of applicants, which means that it is not easy to get into studying there, but this also makes the school so desirable for those who want to choose elite prep schooling establishment which really gives great knowledge as well as an exclusive opportunity to end up studying in Yale or Harvard.

Trinity preparatory school is another elite and one of the most desirable prep schools in the USA. Obviously, the workload is heavy, but many students confess that in spite of that, studying at Trinity prep is a life-changing experience, both educationally and socially. In 2010 Forbes magazine named this school as the best college in the U.S. One of the most famous alumni of this preparatory establishment is a successful businesswoman and the daughter of current U.S. president, Ivanka Trump.

St. Paul’s School became unique not only because it challenges its students in many different academic fields, but also because of the school’s tight boarding system. All students live in one campus during the academic year (along with some staff members), and this gives a great sense of community. Another distinctive feature of this school is the morning chapel. Students and staff could meet four times a week to discuss current events, share thoughts on progress and students’ or teachers’ improvement, and the school itself.

This school’s motto is “Dare To Be True” which means that Academy stands for not only excellence in students academic and social life but also for students being able to express themselves easily and without fear. The school encourages diversity and is very liberal in terms of politics or social issues. Milton Academy can boast with such famous alumni as members of Congress, recipients of Medals of Honor, Nobel Laureates and even Nobel Prize-winner T.S. Eliot.

Founded in 1744, West Nottingham Academy is the oldest boarding school in the USA. Its campus is included in the U.S. National Register of Historic Places and some of the buildings are objects of cultural heritage. One of other distinguishable features of the school is that it is not as large as other boarding establishments, so you have a great sense of unity which provides support from professors as well as from fellow students and allows you to uncover your academic abilities to the fullest.
Studying at a prestigious preparatory school might seem to be alluring but daunting at the same time. However, if you have an opportunity to get an education there, the decision to enter one of the elite schools might be the smartest decision in your life. Staying in the highly intellectual atmosphere with some of the smartest and most talented students in the USA is a unique chance to get the best out of yourself. 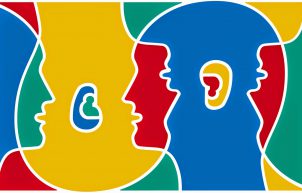 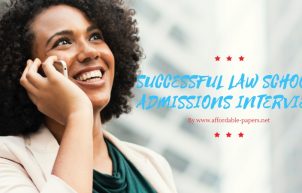 It is not a secret that an interview is a stressful experience for any person. Moreover, if there’s a lot 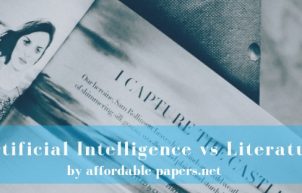 According to the prognosis of many researchers, within the next decade representatives of many professions will be replaced by robots.