Our educational system works in such a way that the majority of resources are poured into preparing students to take standardized tests and pass exams required for high school graduation. Arts classes, creative programs and initiatives appear at a disadvantage mainly because schools can save money by decreasing the number of activities, which are not related to STEM. Yet, a recent study proved that exposing students to arts is a worthy investment and the benefits are not only evident but, in fact, measurable.

New research from the Houston Education Research Consortium revealed that arts learning experiences bring social and emotional improvements in students. This, in its turn, leads to the positive effects on writing test scores and the overall academic performance of students.

Many schools find it challenging to come up with ways of funding arts programs and tight budgets leave enough resources only for the more serious subjects such as for example, math. The situation is especially alarming in schools, which are attended by students of low socioeconomic status.

Quite a lot of elementary and middle schools were interested in taking part in the Houston’s Arts Access Initiative. Some schools were especially in need and almost a third of all educational institutions in the district lacked a full-time arts teacher.

The study examined more than 10,000 students across 42 schools. In the course of the study, learners were exposed to music, theater, dance, and visual arts. The activities were held not only in the form of the performances on the campus but students were encouraged to participate in other various programs outside the school hours.

The results of the study appeared to be more than satisfactory. The proportion of students receiving disciplinary infractions significantly decreased while the compassion and empathy levels improved. Educators feared that arts learning activities will hinder traditional subjects and academic success will be influenced in a negative way. Yet, it appeared that student’s performance in the classroom increased and the children expressed their college aspirations more actively. The political tolerance and school engagement were boosted and students enjoyed being socially active. Field trips to museums, exhibitions and theater had a positive effect because it was observed that interest in the arts, as well as the critical evaluation of art, increased.

The results are very encouraging especially if to take into consideration the fact that the cost to schools was about $15 per student, which is a relatively small amount. This is good news, especially for the establishments with a tight budget. Low-income students have fewer opportunities to access various cultural and educational places such as galleries or theaters in comparison with wealthier peers. That’s why the school has an important role in exposing its students to cultural experience as much as possible.

It was concluded that access to arts learning experiences brought the biggest difference to the students who are struggling academically. Because they don’t excel in traditional subjects, they tend to be more engaged in creative activities as an alternative way of learning.

This major study proved that squeezing arts out of the curriculum will save money but in the long run, it will turn into major loss because it won’t facilitate a school’s aim to educate properly. The benefits of the initiative to expand arts education in schools are obvious so hopefully, more and more institutions will support arts as a vital factor in students’ emotional, cognitive, creative, and academic development. 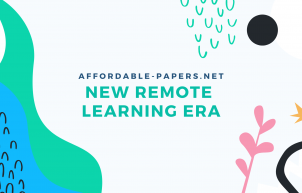 It was a very unusual experience across North American college campuses. Professors who were confident that they would never teach 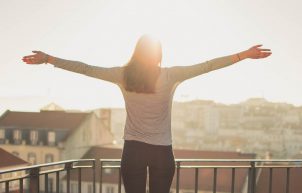 As we know all countries have different quality of life. Many of us constantly ask ourselves “which country is better 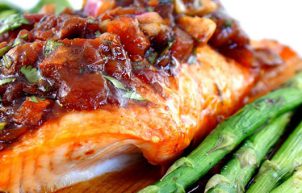