10 countries you probably have never heard of

Can you imagine how many countries are there in the world? This question can seem to be very easy, but in fact it is quite difficult to answer it. There are some regions, which have their own territory, army, head of state and legal system, but they aren’t recognized as the real nations. Here is a list of 10 countries with very little global recognition, but with incredibly rich history. Some of them even look like the secret paradises. Let’s count down all these hidden nations you probably never heard of! If you are going to travel, than take a sheet of paper and write all these fabulous places down, and pay a visit to all of them later.

Seborga is a fantasy state, which is located in Liguria, in the northwestern Italian Province of Imperia. There are only 400 residents. Seborga is considered to be one of the oldest nation states in Europe. Tourism is developed there and it is also the main economic activity of the town. People have the wonderful opportunity to taste the real home beer while visiting Seborga. There you can find different flavors of home brewing and observe the beer making process, which is really interesting. A large number of tourists visit this tiny independent state because of its various restaurants and souvenir shops. The residence of this little nation continues their fight for recognition as a sovereign European mini-state.

Freetown Christiania is the only one half-recognized state. Christian has its peculiarities such as no private property, no cars allowed, and no guns. It sounds weird but people can buy and sell hash because it is completely legal here. Christian is known for its pot market which is the biggest in the world. There is one important rule – “no hard drugs” which is brought because of heroin epidemic which nearly crashed the community. Christian has over a million visitors every year and it is the second biggest tourist attraction in Copenhagen.

Puntland is the self-declared State of Somalia. Puntland involves terrorism, land wars and economy based on piracy. There are a lot of beautiful beaches, where you can swim and sunbathe as well. However, it is very important to remember that Puntland is dangerous for independent travelers. The most significant dangers are violent crime, petty theft, and lack of basic services. You have to be careful while visiting this region. Frankly speaking, the process of traveling to Puntland is easier said than done.

Nagorno – Karabach is internationally recognized as a Part of Azerbaijan. There you can see Askeran Fortress or Susci City Walls. If you are in Karabach for the first time, you have to know what is «MID» and Stepanakert foreign affairs office. They can help you avoid all local confusions. There are a lot of bears and wolves on the outskirts of the city, so be attentive and very careful while visiting some rural areas. Nagorno –Karabach is like a dark destination because of war which weakened the disputed territory. You can also visit a ghost town Agdam which is called a “dark attraction” of the whole region. There you can also find a lot of different places of interest.

Somaliland is an autonomous state of Somalia Region. It is also fighting for its recognition and independence. Somaliland is safer than its counterpart Puntland. There you can find the provincial museum and menagerie where you can see different kinds of animals. In Hargeisa, which is the capital of Somaliland, you can visit the rock shelters and the complex of caves. Spiced tea is the famous drink here. Alcohol is completely abandoned.

Iraqi Kurdistan is the independent state with its own tourism industry. Despite the cruel war, the region is still stable. The Kurdish Region has really beautiful and breathtaking nature. It is known for its forests, mountains, valleys, and rivers. Sheren, Bradost, Pera Magrun, and Safen mountains will definitely impress you with their incredible beauty. Tourists can enjoy mountain climbing or visit caves which are still unexplored. There you can use the cable car to enjoy wonderful views of the surrounding areas.

Transnistria has declared its independence from Moldova. This little state offers us several places to visit. The Christmas Cathedral is really lovely and deserves your attention. This church has a gorgeous interior. Festung Tighina is known as Bendery fortress. It is a clear example of Turkish medieval style architecture. The Fortress with its 8 towers covers a large area. It is an impressive tourist attraction.

Abkhazia is an independent state located on the eastern coast of Black Sea and it is a very popular destination for Russian tourists. Beautiful architecture, snow-covered mountains, caves, and lakes attract a lot of tourist. It is one of the popular places for spending summer vacation. If you are interested in such activities as diving, rafting, mountain jogging, snowboarding, than welcome to Abkhazia. You have to visit Abkhaz Drama Theater, Monkey Park and Botanic garden. There you can find famous “Gagripsh” restaurant and taste a great variety of delicious food. Abkhazia is always willing to welcome new travelers.

Welcome to the Knights of Malta! Malta is a small island country. It is a perfect place for your summer place. There are many different water sports and beach activities. There are some courts and tennis clubs if you are keen of tennis. Sailing is also a popular activity. Malta will impress you by its scenic sunsets, array of caves, and other views.

Sahara is considered to be one of the most recognized hidden countries. If you want to have the best trip ever you have to see the Laayoune Grand mosque. It is a really magnificent attraction and it is worth seeing. Sailing is a popular activity here and you will be definitely provided with the unforgettable sailing experience with a professional. You should definitely visit Massage du Monde if you have the pain in your back. There are a lot of interesting things in Sahara, so don’t waste your time, take your bag and make a journey. 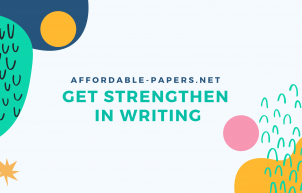 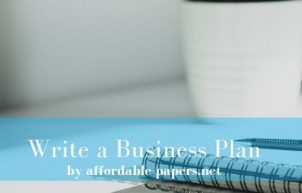 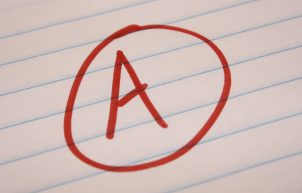