All of us have faced gossips and rumors at least once, and this experience can hardly be called a pleasant one, and this is understandable. No one likes when strangers talk about your private life, exaggerate some facts from your life, say false things about your person and so on. The situation may change when you are not the object of gossips, but look at it from the side. Somebody likes to listen to doubtful information about other students, somebody finds activity annoying. Nevertheless, the phenomenon of gossips exists not only in student life, but in the society in general.
Coming to school or college students meet new people, become involved in another social group and try to get to know more information about its members. In this case gossips and rumors have two sides. On the one hand, they create the general picture and show atmosphere, but on the other one, you may get a wrong impression about this or that student. Gossips are very unstable, today you listen to them, tomorrow you will share them, and who knows what may happen day after tomorrow. Maybe, you’ll become a victim of gossips. The worst case scenario is almost impossible to predict.

Gossips are invisible and very forceful thing that controls behavior of people. It is also the reason why the social inequality in the environment of students exists. In many cases students with lower social status are afraid of showing their own opinion if it doesn’t coincide with the opinion of students occupying high social status. Gossips are dangerous, for the reason they can completely destroy student’s reputation. Some students don’t take gossips seriously; they are disinterested, because they have a head on their shoulders. Unfortunately, the number of such young adults is small, and most of students continue living according to gossip’s rules.

Have you ever thought why we are prone to gossiping? Gossips divide students into two rival groups – we and they. It is necessary to say about an unspoken agreement that exists among people who share gossips. It provides that the object of gossips deserves mock, jeer and ridicule. It’s cruel, but true. Students stick labels to other students, but what are your chances to be labeled? Frankly speaking, it’s impossible to count, but in most cases victims of gossips are socially vulnerable people. Economic and social status, race, ethnicity, sexual orientation and some other factors are the most common reasons, add to them stereotypes and we get the formula of bad attitude to the student.

Being gossiped is not the same thing that being labeled. For example, very often girls with low social status are labeled as ‘sluts’, just because they have relatively less financial resources comparing with peers. At the same time the girl with higher social status can have more sexual experience. People may gossip it during some period of time, but very few people would dare to call her the ‘slut’. Social status is the point which plays an extremely important role, but not a decisive one.

Every time students face such things as gossips they should remember that gossiping is when people share information in order to humiliate or isolate another person. Whether you happened to be gossiped or you just heard something, it is crucial to understand that students gossip all the time, and it doesn’t matter, as it will move on to someone else. Gossips may take place in oral form or online, they exist in any big group of people, but students need to learn how to properly face them. Take it easy and choose the appropriate line of thinking. 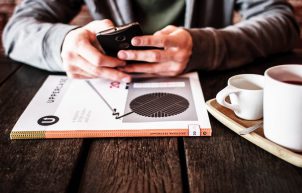 United Nations Educational, Scientific and Cultural Organization established two main maxims of modern education: education for everyone and life-long learning. However, relevant these maxims may sound to us, it is a fact that many people across the globe are unable to get or continue their education due to a number of reasons. If you are […] 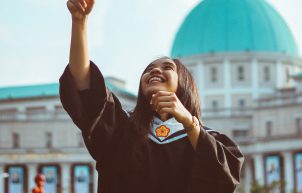 You spent days and nights getting ready for the coming exams. And it`s rather important for you to get the tasks and work on them. But sometimes the things don`t go smoothly and every year university stuff make up exam questions which are impossible to answer, or the examiner can cause the disruption, which may […] 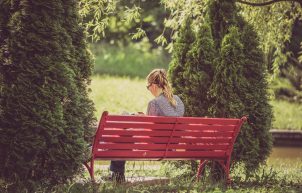 Three books for Stanford’s freshman Being a student of a Stanford University is very important factor for young people. There are many interesting things about the whole study program, especially if you are on first year. The one of these mentioned things is the New Student Orientation Program for freshmen. The main concept is simple: […]