We live in the world where we expect to spend our time in a right and pleasant way, and none of the things may hinder us from our daily or favorite activities. However, not all happen just as we imagine – there have always been potential dangers to the human life. The main point is that it is not always right to blame a man in external troubles: in most cases, the mankind suffers from natural catastrophes to avoid or prevent which is almost impossible. Natural disasters are destructive, dreadful and violent – they may cause a huge loss of lives, property, and environments. It is vital to understand the cause of such terrible events, their consequences and the possibilities of eliminating or surviving in such situations.
What is a natural disaster? It is a catastrophic phenomenon, which occurs in virtually all regions and corners of our planet. Natural disasters are caused by nature, but the human activities can partly influence their frequency and severity. As the greatest harm is inflicted on the environment, the highest level of disturbance of balance is best observed on the example of a human life. Such a catastrophe causes lots of deaths, injuries, and property losses. Unfortunately, we cannot prevent or predict a disaster, but learning its causes allows preparing to survive no matter what.

Causes and Effects of Natural Disasters

The diversity of natural disasters the world have seen includes earthquakes, tornados, floods, hurricanes, tsunamis, cyclones, droughts, wildfires, volcano eruptions, avalanches, and more others. All these terrible phenomena have one thing in common: they are hard to prevent and lead to incredible destruction. Every type of natural disasters has different causes, but we can highlight the common for all. These are air pressure, high air temperature, tectonic movements, ocean currents, storm events, and even development.

A flood is one of the most frequent and devastating disasters that happen due to the heavy rain or storms when the river bursts its banks. Its consequences are extremely awful to the people’s houses, farms, crops, villages, and cities.

Just as floods, the other natural disasters such as fires can be predicted but are far more difficult to control. Also known as wildfires, forest fires are of great danger to plants and trees, animals and humans. The most likely cause of their occurrence is the weather conditions like high temperatures, heat wave, and lightning strikes. People also contribute to the frequency of wildfires with fireworks, campfires, smoking, and other activities.

Tsunamis and earthquakes are caused by plate movements and volcanic eruptions. Soon after the earth plates collide and cause pressure, the earthquake occurs and may lead to a tsunami. Both these catastrophes take a lot of time to restore and make everything fit for life again.

The effects of natural disasters are undoubtedly terrible, destructive and sometimes tragic. The ecological imbalance, economy collapse, individual and community impact, and life losses are the worst consequences of such catastrophes. If referring to the human impact of natural disasters, the effects are the following: population displacement, health risks, food scarcity, emotional distress, mental trauma, psychological damage, problems with children’s development, and others.

It would be completely wrong if the weather forecasts sat back and did nothing to help people survive the natural disasters. For years, scientists and storm watchers have been doing their best to predict catastrophes like blizzards, cyclones, tornados, storms, and others. But still, the technologies are not so powerful for us to predict much worse and more massive natural disasters such as earthquakes, wildfires, or volcano eruptions. 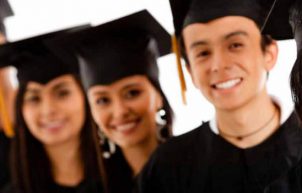 Things not to do at graduation If you don’t want to make an impression of an irresponsible individual, you should 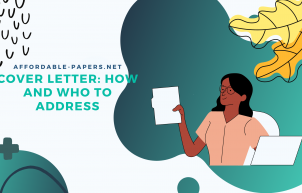 One of the difficult parts of composing a cover letter is addressing. Often, you do not know who will read 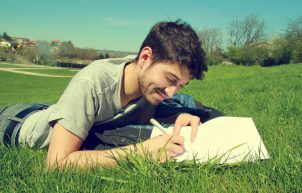 Probably, each of you heard about such a kind of essay, as descriptive. Its purpose is to compose a vivid