People got used to thinking that most things celebrities are interested in are parties, scandals, spending money, and these people are not very brainy. Frankly speaking, in reality situation is a little bit changed. Many stars succeeded not only in their careers as actors/actresses, models, singers, producers, TV presenters and so on. In addition, they performed as bright students, some of them even wrote thesis and dissertations. There are also celebrities with extremely high IQ. So let’s have a look at who they are.
Natalie Portman is, without any doubts, one of the most talented beauties of modern times. Except being very attractive, she is extremely intelligent and well-educated. Natalie got a Bachelor degree in Psychology at Harvard, graduated several classes at Hebrew University in Jerusalem, and had some publications in journals. This amazing woman speaks fluently 5 languages (English, German, French, Japanese and Hebrew) and has the IQ of 140.

The Big Bang Theory star, Mayim Bialik has a secret why she plays the role of a genius neuroscientist do realistic. Frankly speaking, the girl is one. She became PhD at the UCLA, and the topic of her dissertation covered the activity of the hypothalamus in patients suffering from Prader-Willi syndrome. Amazing, yes? Mayim likes music, as she plays the piano, the bass guitar, the trumpet and the harp; she learned to play the latter one for the Big Bang Theory.

Jordana Brewster is also included in the list. Her most famous role of Mia Toretto in The Fast and the Furious didn’t stop the woman who graduated from Yale University with BA in English. There is one interesting fact; it might play an important role for Jordana. Her grandfather served as the US ambassador to the UK and was the president of Yale University, that’s why she had to maintain the reputation.

Steve Martin on the screen is not the same man in real life. In spite of playing idiots in films, he is extremely intelligent, almost a genius. Ha has the honor to be a member of MENSA, the high IQ society, his IQ is 142. Steve dreamt about being a philosophy professor, he even started his higher education in Philosophy, but craving for art won. Martin transferred to University of California and attended theater classes.

James Franco is a person whose intelligence is shown in natural way in many his interviews. Somebody may argue that it is exaggeration, but the fact is that Franco attended 4 universities (UCLA, New York University, Yale University and Columbia). If in the past he was a student there, then now he is teaching Film and English in some schools.

See Also
7 best countries all around the world

Ashton Kutcher is a big love not only for Mila Kunis, but for millions of women all around the globe. He entered University of Iowa, planned to be a biochemical engineer and wanted to develop a remedy for his brother, buy at some point Kutcher’s life changed and he had to leave university.

Obviously, a person who seeks to practice medicine must be certified and meet certain standards. The question is whether passing 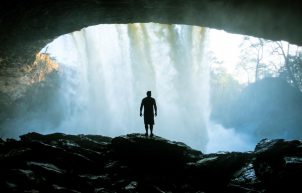 When we hear a word, an image immediately comes to mind. It is that of a cave, full of bats, 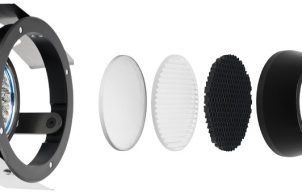