If you currently have to self-isolate, why shouldn’t you spend this free time with a big movie marathon? Yes, we know you have many things to do like writing a long paper or creating a serious presentation. But once in a while you need to cut yourself some slack. That is why you have Netflix with many movies for your liking.

Of course, with those multiple movies on Netflix, it is sometimes so hard to pick one. We have done our research and created the list of the most popular Netflix movies you can watch during the quarantine. So make sure to have enough snacks, and let’s start!

Josh and Renee move with their children to a new home, but strange events begin right away. Objects are inexplicably moving, and spouses can hear strange sounds in the house. But the real nightmare for parents begins when their ten-year-old son falls into a comatose state. All the doctors’ efforts to help the boy are unsuccessful.

A few months later, he is returned home, where he is looked after by a mother and a nurse. But the mysterious phenomena in the house continue. Desperate parents are ready to turn to anyone for help, and it soon turns out that Dalton is unconsciously associated with the paranormal world.

Without giving too much of the plot away, this film is extremely creepy, and you will likely enjoy it if you are a fan of scary movies.

The film is based on real events from the practice of Ed and Lorraine Warren, world-known paranormal detectives. A family terrorized by a dark presence on a secluded farm turned to them for help. Forced to fight a powerful demonic entity, the Warrens face the most frightening experience of their lives.

If you want to watch this movie while being on self-quarantine, we recommend you not to switch the light off.

A young couple lives in a house that they suspect is being visited by some evil force. To record paranormal activity, they set up a video camera to record evidence of this supernatural presence, which appears only at night when they sleep. This is where the fun… or the horror, begins!

Take a note — this film focuses on the couple’s bedroom, so if you are spending your self-quarantine alone, it might feel quite realistic. The movie is great to watch in the dark.

When Ellen, the head of the Graham family, dies, her daughter Annie begins to uncover her ancestry’s mysterious secrets that her mother had hidden for many years. Every day, she discovers more and more terrifying secrets and finds out that now every member of her family is threatened by an ominous family curse, passed down from generation to generation.

You can watch this one on Netflix. The film is perfect for a student night, whether you are planning a scary movie marathon or just a Halloween movie watching.

Matilda is a very unusual girl. Judge for yourself — multiplying huge numbers in her head, moving objects with her sight and doing many other supernatural things. But her parents are not amazed at Matilda’s abilities; they are not even interested in their daughter’s life. When Matilda goes to school, she has to face inert and ignorant teachers, as well as the terrible headmistress of the boarding school, Ms. Trunchball.

See Also
Be approved for college with our useful writing tips

This movie will definitely put a smile on your face! So whenever you want to watch a heart-warming film, consider Matilda.

Mia serves coffee in the cafeteria at the film studio and dreams of becoming the second Ingrid Bergman, but she fails one casting after another. Sebastian anxiously collects things that belonged to great jazz musicians and dreams of his own bohemian jazz cafe but plays simple tunes for the restaurant visitors. Mia and Sebastian meet by chance, and then they meet again and again, fall in love, and dream together about how all their dreams come true. But are such great ambitions compatible with quiet family dinners? What should they choose — popularity among the masses or obscurity and a real vocation?

If you love a good musical, this film is perfect for you!

Iris, an author of the popular wedding column in London’s Daily Telegraph, suffers from unrequited love for her selfish boss, who is already engaged. At the same time, on the other side of the world, Amanda, the head of a successful advertising agency, finds out that her fiancé, with whom she has linked future plans, has been cheating on her for a long time. Tired of love failures, constant hassle, and betrayal of men, the heroines decide to exchange their homes for two weeks: a huge mansion in Southern California and a small cozy house in a snow-covered English province. Both women manage to fall in love. But how will it work? You just have to watch this movie to find out!

In the not too distant future, industrial espionage will develop to such an extent that thiefs can extract information directly from a person’s brain while sleeping. Cobb is one of the best extractors in the world, if not the best. He is on the international wanted list for the murder of his wife and therefore cannot return to America to his children. Therefore, when Saito asks Cobb for help, promising in exchange to hush up this criminal story, he agrees. He assembles the best-of-breed extraction team. However, this is not what Saito needs. He needs to implant the idea in another person’s head. Everyone says this is impossible. Everyone except Cobb. After all, he had already tried the implementation once with his wife.

Frank Sheeran, nicknamed the Irishman, is a truck driver who becomes an unsurpassed hitman involved with mobster Russell Bufalino and his crime family. He becomes dangerous to even the most powerful mobsters, including the known activist Jimmy Hoffa, who once disappears under mysterious circumstances.

This movie is the one that can keep you on the edge of your seat the whole time! 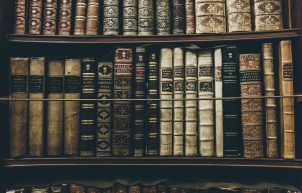 Editor’s Fears – Things Editor Are Afraid of Being an editor you deal with various clients and orders. Unfortunately, very 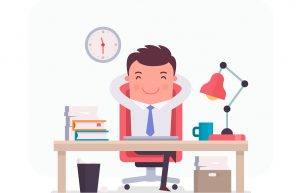 Think about successful people around you: maybe it’s your family member, friend, colleague or supervisor. No matter what their field 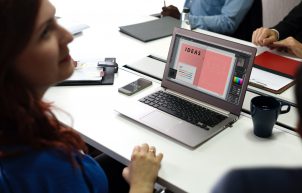 The International Baccalaureate Program definitely gives its students a unique education. It develops the intellectual, emotional, and social skills that