Is it acceptable to end sentences with prepositions? Most grammar checkers will definitely underline such a sentence with red and warn you that this is not the best way to express your thoughts. However, should you trust them? Actually, grammar checkers are not always sensitive enough to detect the difference between necessary and unnecessary prepositions. Some students may believe grammar checkers and end with more mistakes in their essays than before. Before we start explaining the essence of the question, we will answer it: ending sentences with prepositions is not a crime, and you can do that in some cases. A ban on prepositions is one of the top grammar myths, and we will debunk it today.

Let’s start with the basics and make things clear from the beginning. What is a preposition? It is a linking word that unites other words in sentences. They usually relate to place and time. Also, prepositions might be parts of phrasal or composite verbs. Prepositions of place are “over”, “by”, and “above”. They indicate the position of an object/subject, like in the following sentence:

Talking about time, we use prepositions like “since”, “after”, and “before”. For instance:

Prepositions are related to other words and rarely make sense without them. That is why the myth about placing them at the end of the sentence is so widespread. But let’s be honest – English is brighter and broader than that, so there might be cases when prepositions at the end make your speech richer and your sentences – more natural. In some situations, you don’t break any rules. Let’s talk about these cases in detail.

When can you end a sentence with a preposition?

Sometimes, sentences don’t make sense when you miss prepositions. This is especially true for questions. For instance:

In this case, regarding the context, you cannot omit “on”, because this will ruin the entire meaning of the sentence. What is more, ignoring “on” would break the grammar rules. “To put on” is a stable phrasing, and all grammar guides would agree with that.

Here is another example:

If you are a snob, you might say: “How about saying, ‘On what did you sit?'” Okay, this is an option, but have you ever heard anyone talking like that? Putting a preposition at the beginning of the sentence might be a good idea, but we rarely hear such word order in real life. There is no mistake here, but it is not common at all.

When you cannot end a sentence with a preposition?

However, indeed, you cannot end your sentences with prepositions in all cases. The easiest way to check if you should leave the preposition off is simple: just read it and see if the entire phrase loses its meaning. If it doesn’t, then you can omit a preposition.

If you ask “Where are you?” instead, the sentence would save its meaning. This means that “at” is not necessary here, and you should omit it. If the general feeling suggests that your sentence sounds well without a preposition, well, just don’t add it.

How about other unnecessary prepositions?

Unnecessary prepositions don’t appear at the end of a sentence only. Sometimes, people place them in the middle, as well. For example:

In this case, one should say: “Eve jumped off the chair.” It is unnecessary to overload your sentence with that awkward “off of”. The single “off” is fine here, and the sentence doesn’t lose meaning when you omit such a doubling.

See Also
How to Complete a Research Paper to Succeed

Another common mistake is made when we use “outside of”. It sounds like this:

“Outside the house” will sound perfectly here, and you don’t need to add “of”. First, the meaning of the sentence stays the same without “of”. Second, when you delete the second preposition, your sentence becomes less heavyweight. One of the interesting things about English grammar is… beauty. Sentences that sound awkward and hard to read are more likely to be wrong or need corrections to sound better. This cannot be called a strict rule, but rather a feeling or grammar intuition. Don’t be shy to use it.

We have already discussed questions that end with prepositions and now let’s think about narrative sentences. There are verbs called composite or phrasal, and they consist of multiple elements, including an actual verb and a preposition. They are: “blow up”, “make up”, “look over”, “put on”, “take off”, “cheer up”, etc. For example:

Such word order is acceptable, and some grammar books insist that these words are not even prepositions but actually adverbs.

More cases when prepositions at the end are acceptable

Whenever you feel that a preposition at the end makes the sentence better, you may add one – this is not a crime. If you have doubts, try rewriting your sentence without a preposition and see if is saves the initial meaning. Meaning is everything. Here is an example of a sentence that doesn’t need any rewrites:

It seems like you can change this one to: “He demonstrated patience for which he’s admired.” However, such a word order makes the sentence overloaded and hard to read. The initial variant doesn’t break the rules and sounds better. Let’s see another example:

See Also
How to Create an Outline for Your Term Paper

Again, the snobbish “correct” variant may sound like: “Tell us from where you came”, but you will hardly meet such wording in a literary text, article, or every-day conversation. Most grammar handbooks would agree that the first one sounds much better.

As we have already understood, it is okay to use prepositions at the end of sentences when they are relevant. This is a myth that we cannot do that at all, but it is true that there are cases when we should avoid doing that even if it sounds right.

For example, if you are writing an official document, like a cover letter or CV, you shouldn’t end sentences with prepositions. Your employer or admission committee member could perceive this as a mistake. Official documents follow conservative rules and exclude informal style. You shouldn’t risk when writing them – it’s a pity to be refused just because someone thought you have a grammar mistake in your text (even if it is not).

However, in all other cases, you can assert the right to add a preposition at the end of a sentence when it sounds just right. Don’t be afraid to place them at the end of questions and narrative sentences as long as they seem necessary. If your professor is against prepositions, you may discuss this question with him/her and even take a look at any style guide together. Most grammar books claim that there is no strict rule about not placing prepositions at the end of sentences. Hopefully, your writing will become easier now! 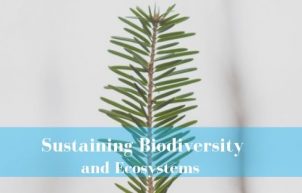 Extinction refers to a process of disappearance of a certain plant or animal specie, and is usually caused by the 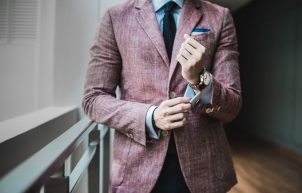 It is a common situation, when in the end of semester you have to attend 9 a.m. organic chemistry class 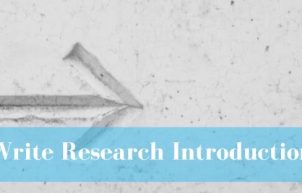 A research introduction is the same important part of the paper as its body or conclusion. And the same or